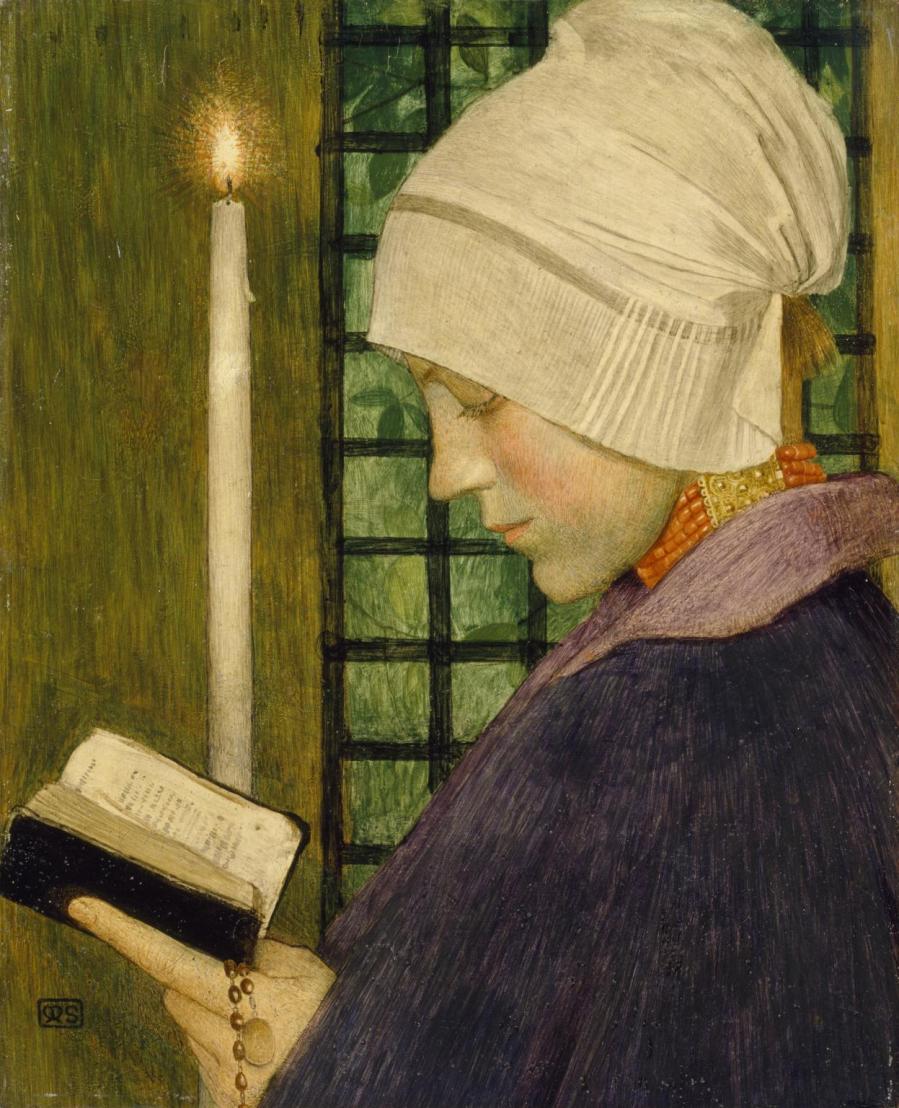 I drive through the little village of Coldred on my way to work, a place that according to Wikipedia holds ‘the county record for the longevity of its inhabitants’. It is claimed this title stretches back as far as 1700. There on the village green is a sign advertising a Candlemas service in the village church. I have never been inside though it’s only a mile or two from home, and old English traditions intrigue me. I even wonder if such observances and the relaxed pace of life could contribute to the suggested health of the village. I slow for the community of ducks that loiter in the middle of the road and make a mental note to return.

Candlemas won’t leave me alone and I begin to search it on the computer before my class arrive. This is one of my adult ed groups, and only last week in a session on the countryside we came across the following quote:
‘If Candlemas day be fair and bright,
Winter will have another flight;’
I show them my search at break-time. ‘If it’s sunny before 11 does it count?’ says Jenni. We all agree that the rain has really set in and winter has to be on its way out.
I continue my research at home and try to find a few recruits at suppertime. ‘Does anyone want to come to a Candlemas service with me tonight?’
‘Candle-what?’
‘When does it start?’
‘7.30.’
‘Sounds way too far up the candle for me,’ says Rupert.
‘I’ll come,’ says Maddy.
‘What, really?’
‘Well you’ll look a bit batty on your own. Like some weird old spinster or something.’
‘Nothing new there then,’ comes a voice.

The rain has stopped when we set out and we pull up on a muddy bank, the car tilting like a fairground ride on the rise. This little church has no car park but my daughter’s health issue means it would be difficult to walk, and unwise anyway as there is no pavement on this road out through the woods. We hear a single bell tolling and walk towards it with a torch, not knowing if it will be round the next bend or not. The old church has a stone bell-cote, the bell always on display and exposed to the elements, though too far from most houses to be heard. The bell is getting louder and there is a break in the hedge. We follow the lichen-covered path to the old door. We pause and glance at each other before I take the handle and stumble down a step. Several heads turn to look at us and smile.

This church can’t have changed much since it was built back in the 11th century. I want to take it all in, though it feels a little nosey. A man stands at the back pulling the bell rope and a lady dressed in a robe volunteers to take over – she sets a fast pace, as quick as CPR I think as we sit behind the local first aid lady known to us. There aren’t many of us – perhaps thirteen – but it doesn’t feel empty as the space is so small. It is how you feel in a light aircraft, shoulder to shoulder and glad of the intimacy, as if it carries with it a sense of privilege.

This church really is beautiful. White candles with pale flames fill every available space. They sit in alcoves, and atop several wrought iron holders that are attached to the walls. They line the pews and windowsills, amid displays of ivy and jam jars brimming with snowdrops. Snowdrops are known as ‘Candlemas bells’, the flower associated with this time of year. Superstition has it that it’s unlucky to bring them into the house before Candlemas, but I can’t think why you would want to pick them anyway. ‘Leave them for other people to enjoy,’ my mum told me on walks when I was small. They are protected by European law, not that this will count for much for long. As I look around I decide this is the perfect old English church. It is not ornate, which doesn’t sit well with me, but rustic, with an atmosphere of purity. The walls are of a simple whitewash and old brown beams line the roof-space.

Soon the service starts. It is Evensong which Maddy has never heard before, and I am out of practice. We bumble our way through it, though we are familiar with many of the prayers and most of the hymns. The lady vicar gives a five-minute address on the meaning of Candlemas. She doesn’t dwell on the old tradition in the Middle Ages of bringing your candles along to be blessed, but tells us instead about how this marks the bringing of Jesus into the temple as an infant, and Mary’s purification rite. Mary would have had a public bath as part of her ceremony, we learn. That’s one rite of passage we are best off without.

I feel sorry that the service is ending and fumble in my purse for an offering, barely able to make out what’s inside. I realize I’m about to pull out a sheet of stamps at the last minute and stop myself. I’m reminded of the detail my search brought up earlier in the day: long ago children would bring in coins for their teacher in competition to become Candlemas king or queen. ‘The king, i.e. he who pays most, reigns for six weeks.’(2.) The teacher was supposed to buy treats for the children with the money. It’s one way to brighten up a dull winter’s day I suppose. Now the dish is held up above head-height at the altar before the congregation are blessed and dismissed.

Maddy and I make our way back down the lichen path. ‘Are they snowdrops?’ I say to her, and we crouch low with the torch. ‘It’s hard to see if it’s rain glimmering at the end of the green tips or something more.’
‘It’s them,’ says Maddy, and as my eyes adjust to the darkness around us I see that she is right. It’s like that first movement in the womb, the knowledge that something is on the way, and it bodes good.